In PR, All Media is Social

In January of 2008, less than two years after Twitter’s 2006 launch, I joined what has become a social media juggernaut – arguably responsible for some of the most impactful and broad-based influence campaigns in the annals of marketing. When I registered the Twitter handle “@rainierco,” I chose to make that my main account for tweeting, since I felt this would be the best medium for reinforcing Rainier Communications’ brand promise as technology’s most credible voice. In doing so, I became Twitter’s 12,055,342th user – today there are well over 300 million Twitter users, so I guess I would be considered a fairly early adopter of the medium.

Over the following year as I began tweeting on a daily basis, I developed an unmistakable sense of where social media should most effectively fit into the overall public relations toolkit. At the time, many PR agencies were hiring or designating social media specialists, or even announcing the launch of social media departments. Questioning conventional wisdom, a bold idea entered my mind that in fact “all media is social.” There could be, I argued, no separation between the newly emerging mediums and what was now being termed “traditional media.”

Social media was then, and continues to be now, a specific kind of channel for conveying information, ideas and influence. Print, radio and broadcast media, while each having its own distinct characteristics, are all conventionally lumped together as “media.” Likewise, while social media still feels like the newest form of media, so once did radio and television in the days when “buying ink by the barrel” was thought to be the most effective form of influence. Today, one would be hard pressed to find a journalist or analyst that wasn’t active on Twitter and LinkedIn, making social media a vital aspect of contemporary media relations.

As “Exhibit A” evidences, Donald Trump has become the most famous person in human history via Twitter and the inevitable propensity of mainstream media’s amplification of his every tweet. Whatever your political leaning (I’m a progressive liberal), us marketers must surely recognize and learn from Trump’s marketing chops, and social media is at the center of his singular, constant and literally unprecedented maelstrom.

In 2010, putting my money where my mouth is, Rainier was granted a registered U.S. trademark for the phrase “All Media is Social®.” The registration certificate hangs in our main conference room as a constant reminder to each member of our team that everyone here at Rainier is equally responsible for social media excellence, as an integral element of all our PR campaigns. Likewise, when Rainier became a certified HubSpot agency, every member of the Rainier team (including the operations team) went through that certification process to become experts in content marketing.

In 2011, Rainier published Anatomy of a Tweet (How To Use Twitter for Business) on YouTube, and the best practices we described then still hold true today (despite Twitter doubling the number of allowable characters to 280, but that’s a topic for another post). Even as social media practices have matured, and the impact of social media has grown to perhaps its highest intensity, the fundamentals of PR and content marketing remain across all channels: good storytelling, consistent messaging, and defensible audacity. 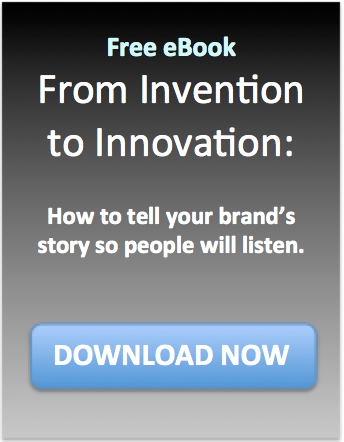 Steve Schuster is an electrical engineer turned marketer who founded Rainier Communications in 1993 with a mission to provide technology companies with a credible resource for communicating “complex” technologies to the marketplace. Steve has over 30 years of industry experience marketing and designing technology products, including analog and digital semiconductors, high-performance software, system-level products, optical systems, real-time and high-availability products from chip level through system and application level, audio systems, industrial test systems, ad-tech, and more.